Create And Deploy PythonAPI In Docker 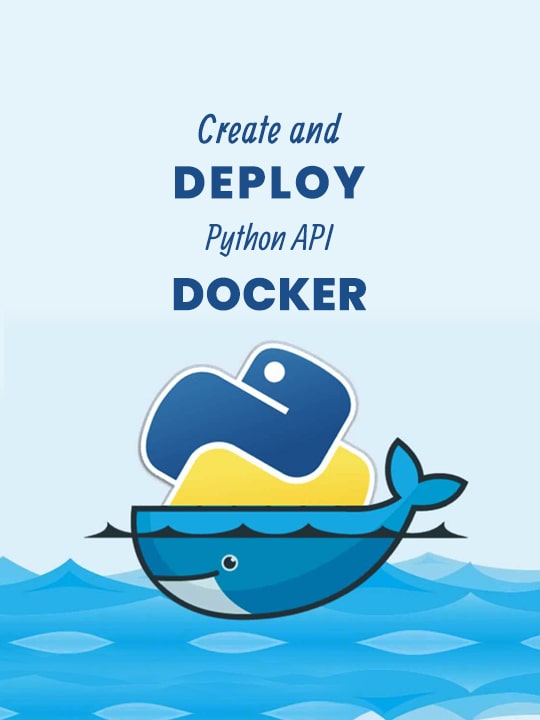 In this article we will see how to create an API using python and how to deploy it on Docker. There are many articles on python, python APIs and Docker, but here in this article we have tried to describe an entire process from development to deployment in an easy way and step by step.

For python, there are many options available to create APIs, such as Flask, Falcon, Starlette, FastAPI etc.

We will be using FastApi in this article for three reasons:

We here will serve our FastAPI server with Uvicorn.

Uvicorn is the ASGI server that allows for asynchronous processes compared to the more traditional WSGI servers. This will speed up the application and brings us closer to production-performance.

Before we start creating our first Python API, make sure that Python and pip are already installed on our development system.

Now, create a file structure as shown below

Now navigate to app > main.py file and add below code

Now in the terminal window, write below command

It will start our Fast API at the port 8000 by default.

After starting our FastAPI server, we can go to http://127.0.0.1:8000/docs to see the documentation of our server automatically generated. We can even press “try it” to see if the server works as intended.

As I said, FastAPI is served at the port 8000 by default, but if we want to use any other port then we can update our code as shown below.

Now that we have an API to deploy we might want to containerize the application using Docker. Docker containerizes our app and all its dependencies to ensure it works seamlessly in any environment. This makes it easier to deploy your application across environments without much additional integration steps.

Start by making sure that we have Docker installed. Also specify a requirements.txt file for the application as shown below.

Next is creating the Dockerfile, which is needed to run a containerized version of our API. Fortunately, the developers of FastAPI have created python images that allow for proper environments to run FastAPI.

Save the code above in a Dockerfile and in the terminal navigate to the folder and run the following commands one by one:

Here, the first command will create an image of our FastAPI, this will build and run the image that we have specified in the Dockerfile.

The second command will use the image which we have just created and will create a container of it.

In this comprehensive guide, we have gone through step by step creating an API and containerizing the application. We can now choose to host it locally or deploy the Docker via cloud solutions such as AWS or Azure.

We have tried to make this article as simple as possible, hence we have only included subjects that we thought are important. Some more advanced topics have been excluded such as: