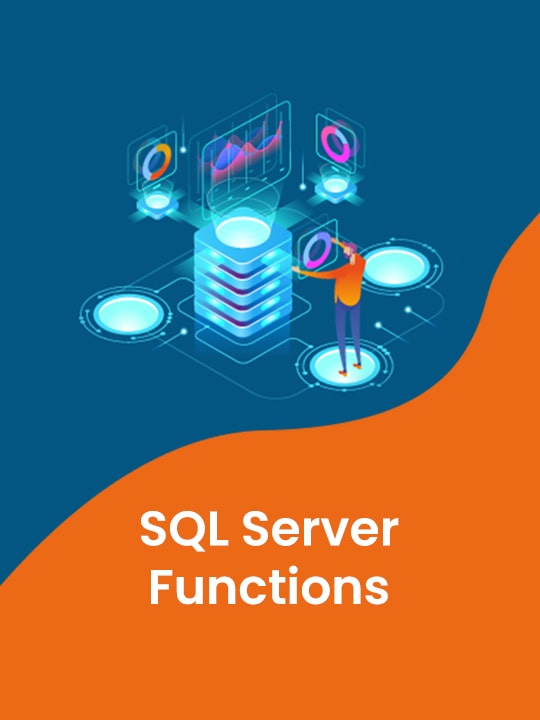 In this blog, we will see some of the newer and lesser known T-SQL functions. They are very easy to use, and can also help us simplify our SQL queries.

This function solves a very interesting and old problem easily: How can we concatenate the contents of a column from several records in a single string value?

For example, employees have several skills and we would like to print a report with all these skills comma separated.

This was difficult to do up to now, though it was possible to achieve this with some XML tricks.

Let’s try an example. This script below creates a table and insert some records.

This query below, uses some tricks with XML to concatenate the names in a single comma-separated string:

The new STRING_AGG function gives us the same result:

As we can see, the query seems quite easy and readable and we are getting the same result.

Also, because this is an inbuilt SQL function, we will get performance advantages as well.

This new function was very long-awaited and is very useful.

If we need to remove an empty spaces from the string, it always needed the use of two functions as shown below

This new function TRIM simplifies it and makes it much clearer.

This function is similar to the Concat function, the ‘WS’ here means ‘With Separator’, meaning this new function is able to add a separator between each string value it concatenates.

The NULL value behavior with both functions is the same: NULL values are ignored, not even adding the separator.

This is very useful to simplify the queries when we need to concatenate fields that aren’t always filled, such as address fields that sometimes have null values.

See the example below

This function can be useful to produce reports, concatenating some fields.

Translate does the work of several replace functions, simplifying some queries.

The function is called ‘Translate’ because it’s main objective is to transform one kind of information in another by doing a bunch of replaces.

We would need several Replaces to transform GeoJson format in WKT format and the reverse. The ‘Translate’ function can do this easily.

Using ‘Replace’ function the transformation would be like this:

Instead of several ‘Replaces’, the ‘Translate’ syntax allows us to specify all the characters in the source string we would like to replace.

The CHOOSE function, will return the item at the specified index from the list of values which are available.

In this example we have 3 values and we are asking to select the third value in the list which is “.NET”.

The IIF function returns one of the two values depending upon whether the Boolean expression evaluates to either True or False.

For most cases, IIF code looks much cleaner

Similarly we can also use CHOOSE to replace CASE WHEN.

SummaryAs we have seen, all of these functions can help us to write our queries easily and in a much clearer way.

Most of these also improve performance compared to the old methods we were using.

CHOOSE and IIF are introduced in SQL Server 2012.